I am still on a chocolate hunt after hosting Zelda, so I'll keep you in mind if I get some, but for now...we are off to Kansas to meet up with Elizabeth Love.
Did you know it was once ILLEGAL to serve ice cream on cherry pie in Kansas? Eh, no...I am not kidding.

Today we have Elizabeth N. Love with us, and she will share tidbits about her novel Pouring the Cup. Over to you, Elizabeth! 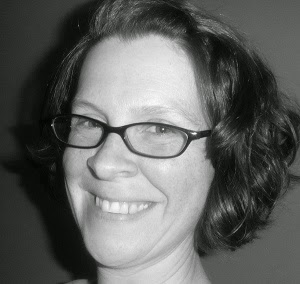 Elizabeth N. Love is a life-long resident of Kansas, where she grew up in what could be considered a cultural desert. Influenced by her mother's love of books, she began writing stories at an early age.
She is not only an author, but a musician, having played French horn and piano for many years. Elizabeth holds a B.A. in English with an Emphasis in Creative Writing from the University of Kansas. She currently lives in Kansas with her family.

Join her blog fans at http://writerbeeblog.wordpress.com/


Book blurb
On the faraway planet of Bona Dea, in a society forged by ancient settlers, trouble is brewing. Young psychic Axandra, never comfortable with her gift, is being forced to use it for the benefit of her people as ruling matriarch of the entire world and host to a powerful entity known only as the Goddess.

Struggling with her fate, used as a pawn between warring factions, life for Axandra is almost too much to bear. Even the ministrations of her beloved companion, Quinn, may not prove powerful enough to overcome the stress threatening to destroy Axandra's fragile soul.


Excerpt
Arriving at the Palace, Axandra was greeted at the door by Miri, who informed her that Quinn waited in the Library and that she had just taken up a pot of hot tea and light snacks. Putting the lid on her thoughts, Axandra ascended the staircase, each step up matched by an increase in her excitement.
She found him at the large table in the library, his head bowed to an enormous leather bound book. His thick index finger followed along the coastline of a landmass drawn on the pages. He peered through his wire-rimmed glasses at very tiny print in the legends.
Quinn looked up as he heard her footsteps and beamed from ear-to-ear.
“You did wait,” she said pleasantly, feeling her own cheeks rounding with a grin.
“Of course,” he responded, rising from the tall chair, leaving the atlas behind on the table. She 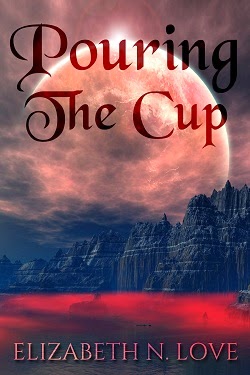 assumed the book contained maps of Old Earth. There were many continents colorfully divided into countries and kingdoms. It was a book that a historian like Quinn could spend hours dissecting and digesting—yet now he ignored it. Was she more interesting to him than a prized piece of history?

Could you share a little about yourself and what led you to become a writer?
My mother loved to read and she took us on a weekly trek to the library to quench her thirst for books. We lived in a small town in the middle of nowhere, so books and TV were our escape outlets. I loved watching anything sci-fi: Doctor Who, Blake 7, Star Trek, and such, and I loved reading Terry Brooks, Anne McCaffrey, and Isaac Asimov. When I was just nine years old, I started writing stories of my own. I haven’t stopped since, though there have been lulls from time to time. I have almost everything I’ve ever written stored in the basement, and every once in a awhile I go back and read, laugh at myself, and see if any of those old ideas will be any good now. I need to write, or I feel like something is missing from my life. I almost always have a journal and pen on hand for quick jots. Star Trek, my favorite.

Do you write full time? How much of your life is set aside for writing?
Currently I work full-time during the day, and have a small editing business on the side, as well as writing. With two children at home, I carve out about an hour or two each day just for writing, in between ballet, art, and soccer. I’ll even take vacation days just to stay home and write when no one else is home.  I have to make that time count. This is where we'd need Dragon speak to type out what wh say lol.

Would you take us on a brief tour of your novel and the world you’ve created?
Forged by ancient human settlers, Bona Dea is a place of peace and prosperity for the vestiges of the human race, long ago cast from Old Earth for possessing psychic talents. There is no war, no hunger, and no homelessness. Instead of an economy based on currency where poverty abounds, they have learned to work in communities where everyone shares the load.

Considering the physical and cultural differences between this new world and our current Earth, I created a unique calendar, governmental structure, and colloquialisms to reflect their worldview.

Axandra is a young woman with a destiny to oversee this world as the Protectress, the highest office of the people, and one shared along a family line. The family has a secret: an entity uses their bodies as vessels for existence, an entity who calls herself the Goddess. Axandra tried to escape this fate, but she is forced to return when the Goddess finds her and compels her to take the journey of a lifetime.

Supporting characters help her navigate the complexities of running an entire world. There are councillors, staff members, citizens, and her new love interest Quinn, each offering their wisdom and opinions.

Where does the inspiration for you main character and story come from?
Axandra is an imperfect woman, a quiet introvert who would rather remain unrecognized and live out her days in relative solitude in her island home. She is part me, part my mother, part my sister, and part a collection of characters from my favorite books by LeGuin and McCaffrey. She now has a life of her own.

What is the message behind the story? Was it something you specifically wrote a story around or did it develop as your characters came to life?
I like to let the reader decide what to take away from the story. Each person will have different interpretations and a different focus as they read. I love to hear what people think about once they are finished. My characters tend to write a lot of the story, when I let them. They need gentle nudges now and then. Too bad those characters can't type.

Do you work from an outline or just go with the flow? If you use an outline, how detailed is it?
It depends on the story. Some ideas require timelines and careful plotting to maintain the mystery. Others just flow on their own. I don’t know what I need in a story until I start working on it.

What is the time span in your novel, weeks, months, years? How much research went into it?
This novel covers the second half of the Bona Dean year, from late Spring to early Winter. To help the reader with the time scale, each chapter includes dates from this new world’s calendar, which I carefully constructed based on a longer revolution around the binary stars of the system, and includes thirteen months, thirty-two days per months, eight days per week, with one day set aside to celebrate their arrival on the new world, which begins their calendar. Now how cool is our job as an author when we get to create such amazing things!

Could you tell us how you go about your research, how you ‘catalogue’ information to make it all work?
With this science fiction/metaphysical topic, most of my research time went into observing interpersonal relationships, dialogue, and inflections. I spent a short amount of time reviewing the origins of our solar system to create a plausible extrasolar star system about 100-lightyears from Earth. I have computer files and print outs of the calendar to plot timelines for events, as well as character profiles and even a field guide for all of the animals that live on my new world.

How do you handle marketing? Do you have a plan, a publicist or just take one day at a time? Being with a small independent publishing house, I’m lucky to have a small team of people to help push marketing and promotions. Together, we choreograph our efforts to maximize sales. That's a good idea.

Do you have any advice for aspiring authors?  I used to hear all the time “Write what you know.” But in sci-fi, this doesn’t hold true. Don’t be afraid to write about what you don’t know. Explore. Experiment. You may find something out about yourself that was hidden before. I like this take on author advice.

Could you tell us what you’re working on now?
The follow-up to Pouring the Cup is just a couple of months away from its final version (granted the world cooperates with my schedule). At the same time, I am formulating a paranormal novel about a haunted B&B, and editing a non-fiction narrative about my daughter who was born with a congenital heart defect. I hope to have all three of these published and available by the end of the year. Beneath that, there are about five other ideas in the beginning stages.