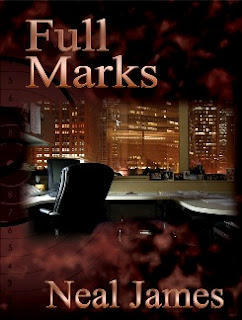 Dennis Marks thought he had seen it all. That was before Solomon Goldblum crossed his path –after that, things were never the same again. The trauma which the old Jew had inflicted upon him had brought about a near psychological collapse. That the DCI had been able to conceal the fragility of his mental state from the shrink whom the Met had forced him to see had been down to his sheer determination.

Now, all of that effort was about to be challenged by one of the most daunting figures at New Scotland Yard – Superintendent Eric Staines. The Independent Police Complaints Commission were about to take Marks’ life apart, professionally and personally, and Staines, as one of its fiercest inquisitors, was not a man inclined to show mercy.
The story tracks the fortunes of one of the Metropolitan Police’s finest officers as he tries to clear his name. A raft of accusations, laid before the IPPC, threatens to undermine everything that he has achieved in over thirty years in the force. Powerful forces, ranged on either side of the investigation, are set to determine the course of DCI Dennis Marks’ professional and personal life. 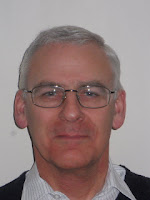 Neal James began writing in 2007 when a series of short stories found favour on a number of international writing sites. Since then, he has released two novels and an anthology of short stories. 'Threads of Deceit', his fourth production in as many years, draws on the eighteen years he spent working within the textile industry. As an accountant for over three decades, he has drawn on his background to provide an insight into much of the substance required in the creation of his writing to date. He lives in the East Midlands with his wife and family. 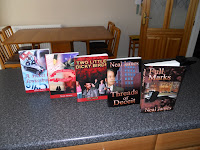