About Me & My Books

I am a graduate of the Institute of Children's Literature, and have completed an advanced writing course for select graduates.

Amethyst Eyes was my first published novel. It is about a 15-year-old boy who has to leave his life behind to go live with his father after losing his mother in an accident. Although the setting becomes sci-fi (since his father is not from Earth and Tommy has to live on his father’s spaceship), the story is more about personal growth and human interaction. There is a lot of adventure and a few twists to keep the readers busy throughout the book.

Over the years, I have worked as a nurse, a school teacher, a martial arts instructor, baseball, figure skating and gymnastics coach as well as an artist, selling my paintings in an art gallery. I have been part of an orchestra, flown planes and gone on wilderness hikes. I am an officer in the Canadian Forces, and though I have taught on different military bases, I now work primarily with cadets. Writing full time is my next goal.

Never having been much of a city girl, I live with three of my five children, my husband Jean-Pierre and our pets in the Laurentian Mountains of Quebec. I could not imagine life without the beauty found in the mountains and lakes that surround me. I enjoy the change in seasons and my perfect cure for a long winter's night is curling up in front of a fire with a good book while snowflakes drift slowly past my window.
I have been traipsing around the depths of my imagination for as long as I can remember and began writing stories back when I was twelve. I love to read just about anything, from technical manuals to self-help, and sci-fi to romance. I do avoid anything overly violent or graphic and have never been a fan of horror. I have a good memory and vivid imagination, so I avoid reading or watching things I don't want stored in my mind. 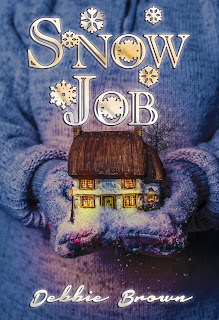 She’s just a divorce lawyer, so how’d she end up 2000 miles from home, dodging bullets and running for her life with a park ranger?

When NY divorce lawyer, Sarah Lindquist, stepped out of her office to clear her mind before her next client showed up, the last thing she expected was to come to in the middle of the Colorado Rockies, with two park rangers standing over her.


The ex-military rangers are convinced someone wants her out of the way, but how to find out who, without putting her life at risk and letting that 'someone' know they've missed the target? 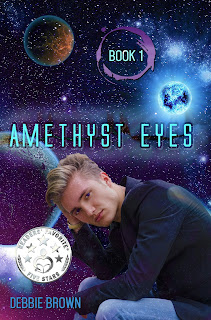 alien father brings more changes than he had bargained for.

It doesn't take his father long to figure out that Tommy knows nothing about who or what he is. Without any explanation, Tommy finds himself onboard his father's spaceship where he is forced to trust a man he does not know in a world he knows even less about. Adapting to his new life seems overwhelming, and his father's solution may prove to be Tommy's finest challenge yet...Jayden. A few months younger than Tommy, high strung and always in a mood, the doctor's daughter definitely didn't like being 'told' to help Tommy fit in. Jayden is not the most welcoming or patient of tutors, let alone a friend.As fate would have it, Tommy quickly learns that none of these things compare to the peril that comes from being born with amethyst eyes. 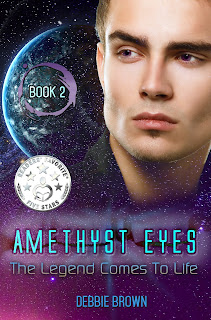 Three years after his arrival aboard, Tommy begins Specific Training to assume his place in his father's society.

The transition to adulthood, laden with unexplored emotions and overwhelming responsibilities, have made this unstoppable change too much to handle. Tommy wants to go back home, to Earth, to a way of life he'd been forced to leave behind. An unforeseen attack on his father, a disaster on Earth, and the added weight of responsibility take their toll on the young man, who suddenly finds himself struggling to save the ones he loves. As an ER nurse, Emma knows life can change in the blink of an eye. When fate comes knocking on her door, she finds herself far away form the city and back on the mountain ranch where she grew up with the intention to close up and sell so she can move on.
But fate wasn’t done with her yet, and that’s when she finds him, the one Two-Feathers refers to as ‘Star Brother’. Wounded and unconscious, Emma assumes he’s a military test pilot, until he opens his amethyst eyes and stares into the very essence of her being.

NOTE: This is the story of Tommy's parents and how they met. It can be read as the prequel to Amethyst Eyes or as a stand-alone. You must take into consideration that their fate was sealed before the book was written...

To survive, they run. To avoid capture, they hide. 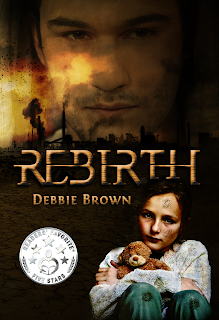 Can five kids and a baby make it through winter in a makeshift mountain shelter?

Chased from their homes in the city by aliens bent on destruction, three teens suddenly find themselves on the run with little kids in tow. As people vanish and buildings crumble, they seek shelter and safety in the nearby mountains of Montana. Survival depends on their ability to adapt with nothing more than the items pilfered from a crumbling store. Hovering in the background is the constant threat of being discovered by the aliens, adding to the pressure the teens already feel having no shelter, a limited supply of food and the well-being of three children to ensure. The teens must come up with some creative solutions before the inevitable onset of winter while attempting to remain “invisible” to avoid capture. Being mature and responsible is no longer optional as they deal with their individual personalities, traumas, and learn to raise a baby. Unaware of the extent of the alien destruction, they cannot help but wonder if their efforts are in vain.