So if you had stopped by yesterday, I'll bet you're just itching to read on about book 2 in the True Colors series. Good, because so am I! The interview with Krysten can be found on yesterday's post, so make sure you don't miss it.
Now, Krysten was kind enough to send along two excerpts...and well, I posted them both, because the more I can share with you, the more I will.

Tag line: Good friends have your back, but some go behind it. 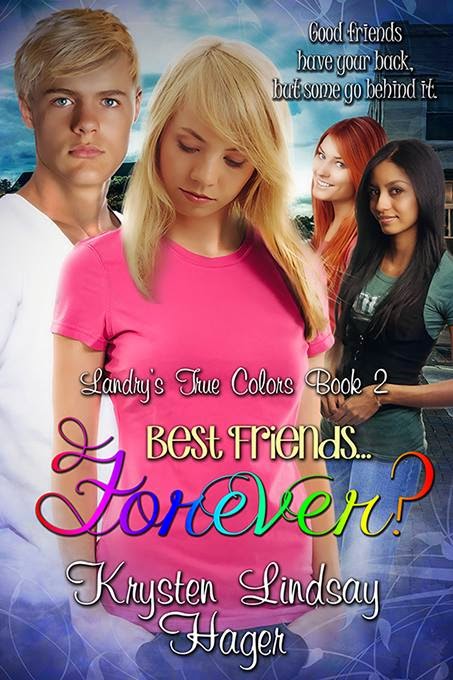 Blurb:   Landry Albright hopes the new year will start off in an amazing way—instead she has to deal with more frenemy issues, boy drama, and having most of her best friends make the cheerleading squad without her. Suddenly, it seems like all anyone can talk about is starting high school next year—something she finds terrifying.
Landry gets her first boyfriend, but then gets dumped just as things come to a head with her friends, Peyton and Ashanti. She feels lost and left out, but finds good advice about dealing with frenemies from what she considers an unlikely source. Landry faces having to speak up for what’s right, tell the truth (even when it hurts), and how to get past the fear of failure as she gets another shot at competing in the American Ingénue modeling competition.

EXCERPT 1:
I was so nervous the night of the basketball game. At first, I didn’t even want to go into the gym, but I mustered up the courage just as the game ball went streaking past my head and I almost got knocked over by a referee. The ref blew the whistle and went to hand the ball off. Vladi was standing right there and he nodded at me. Peyton squeezed my arm as we sat down, but I didn’t think it was that big a deal because he didn’t smile at me or anything.
“Duh, he was playing basketball, but he acknowledged your existence,” she said.
“Kind of like how that cheerleader who keeps screaming out his name is acknowledging him?” I pointed to the girl with glossy straight brown hair who was doing back flips on the sidelines.
“Forget her. He must like blondes anyway. He didn’t check me out after all,” she said.
I checked around to see if Carey was there, but I didn’t see her. I did see India sitting with Doug and Cristian though. I poked Peyton, but she had already seen them.
“Devon would kill her,” she said.
“Um, should we tell her? They just started talking again,” I said. I didn’t want to get in the middle of another fight and I could tell that Peyton felt the same way. Besides, it wasn’t like Doug was Devon’s boyfriend. I’m sure India thought she would be safe since other than her and Devon, the rest of us hadn’t gone to the away games before. Peyton said we should try to avoid them after the game so we could pretend that we never saw them together. However, I ran into her on my way out of the bathroom at halftime.
“Landry,” India’s aqua blue eyes widened. “Are you here to see Vladi?”
I nodded and we both stood there. Peyton came in to see what was taking so long and almost passed out when she saw India.
“You guys, could you not say anything to Devon about this? I came by myself and I just ran into Doug here,” India said.
Peyton and I acted like we hadn’t even seen Doug. I knew India had to be lying because who would go to a game by herself? We agreed not to say anything. The whole time I worried about what would happen if Devon found out that I knew about Doug and India. Peyton told me to relax because we weren’t doing anything wrong. I wasn’t sure which was worse: keeping a secret from Devon or breaking up her friendship with India?

Excerpt 2: India walked in, tossing her shiny, honey‑blonde hair behind her. She walked right over to the girls at the juice machine and hugged the one with the mascara problem. Then India pulled out her Little Rose compact and started applying pink blush right in the hallway. She totally fit in with those other girls — India appeared about sixteen, beautiful, and like she belonged there.
Meanwhile, I was standing in a corner with Ericka, who had a snowman sweater on and was wearing a hair scrunchy — a scrunchy. It wasn’t as if she was trying to be retro either. Only little kids and my bus driver, Mrs. Jackson, wore scrunchies. At least Ashanti was super pretty, but I wasn’t so sure about how I came across. Did I look like a kid or a teenager? I had worn a royal blue turtleneck and jeans because I didn't want to call any attention to myself. Part of me would have liked to have the effect that India did when she walked in, but there was also a part of me that would have been perfectly comfortable wearing an invisibility cloak for the next four years of high school. At least being a "nobody” would have been better than being a friendless loser. 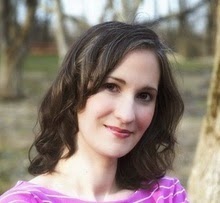 Krysten is an Amazon international bestselling author and book addict who has never met a bookstore she didn’t like. She’s worked as a journalist and writes middle grade, YA, humor essays, and adult fiction. She is originally from Michigan and has lived in Portugal, South Dakota, and currently resides in Southern Ohio where you can find her reading and writing when she’s not catching up on her favorite shows. She received her master’s degree from the University of Michigan-Flint.

What people are saying about True Colors (Landry’s True Colors Series Book One):
From Teenage Book Recommendations in the UK: "This is a fantastically relatable and real book which I feel captures all of the insecurities and troubles which haunt the modern teenage girl. It is about a young model who has to go through tough times when she is torn between a life as a model and managing her friendships. You learn which friends she can most trust and which will create the drama typical of teenage life. Follow the life of Landry and try to see if you can find out which are her true friends before their true colours are revealed. This book is all about relationships, hopes and truth. I loved this book!"

From Books & Authors Spot: This book is such an inspiration for those who just care about their looks and are tensed about them. This thing is looks aren't everything. This book is related to every teen's problem. Hager has written a very inspiring novel.