Charissa Dufour, and Sucked Away


When I start my post telling you how amazing the beach and palm trees are, you'll know I've made it as a successful writer...for now, bear with me as I tell you that we're stuck in a perpetual deep freeze with the windchill hanging around -38.  Sigh...

Here's something that should stir things up for you. Please welcome charissa Dufour, and her novel Sucked Away, from the Just Plain Sucks vampire series. (Wait 'till you read about the books.)


Could you share a little about yourself and what led you to become a writer? 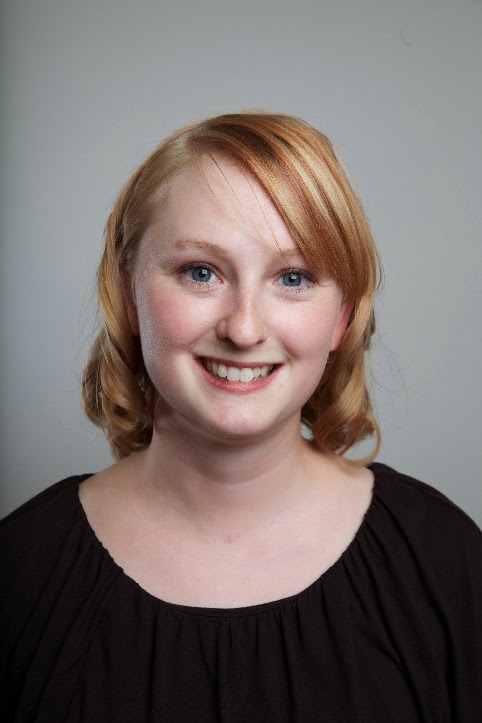 My journey to become a writer began in 8th grade, when I was diagnosed with Chronic Fatigue Syndrome and pulled from school to recover. During this time, I was left alone for hours on end and it was then that I discovered new friends within the pages of books. I also learned the blessing of creating my own friends by writing down the stories that plagued my lonely mind—as demented as that sounds. Therefore at the ripe age of fourteen, I wrote my first novel. It sucked! But I kept going and now I am finalizing my first indie novel, with sequels to come, and two other series along with a fiction based blog. I never imagined that first horrible novel about a man who crash landed on his long lost home world would turn into a lifelong passion.
I now live in Chicago, IL with my amazing husband and two rambunctious kittens, Groot and Rocket.

Do you write full time? How much of your life is set aside for writing?
I guess you could say I write full time considering I don’t have a “day job,” nor do I have kids. Still, I try not to spend all day in front of the computer. I try to spend my mornings working on chores around the house and the afternoons writing.

Could you tell us a little about your novel?
My latest release is Sucked Away: Book 2 of the Series that Just Plain Sucks.
It is the continuing story of Ashley Hawn, a woman living the dream: working at a grocery store by day and writing sexy vampire novels by night. It’s the perfect life until her out-of-her-league boyfriend reveals that he’s a real-life vampire and turns her. Her life goes downhill from there as she realizes that life as a vampire just plain sucks. OK, I had to laugh, this was not what I would have expected from a vampire novel, I love it!

Would you take us on a brief tour of your novel and the world you’ve created?
I have two different series available, both in vastly different worlds. My vampire series is set in Olympia, Washington, the town I grew up in. I tried to keep my stories accurate to the city and culture. A reader could take a tour of Olympia based on my books. This is a point we have in common...accuracy is very important for me.

The other series is a medieval fantasy set in a fictitious world. The story takes place on a peninsula, divided from the mainland by a large body of water. The only connection between the two countries is a narrow stretch of land riddled with natural hindrances, such as quick sand, poisonous animals, and the like. Originally the peninsula was a quilt-work of many different nations, with their own vibrant cultures. Over the last decade, one king, Wolfric, conquered all but one. Dothan stand alone in the fight against Wolfric. Like the mainland, Dothan is protected through natural barriers including mountains and a wide, deep river. But will these barriers be enough to keep the power-hungry king at bay? This sounds interesting, and I see that in one instance you strive for accuracy, and here you can allow your creativity free reign.

Where does the inspiration for you main character and story come from?
I originally got my idea for Sucked In sitting with my husband on our porch, talking about the Twilight craze. One of us said “what would happen if Stephanie Meyer got turned and discovered her stories were total crap?” By the end of the night we had a loose plot for the book. I confess it took years getting the book to where it is. No shame there, many authors take years to allow their stories to mature.

What is the message behind the story? Was it something you specifically wrote a story around or did it develop as your characters came to life?
Sucked In is just a story. Nothing more. Each reader can find their own message, or just enjoy it for what it is. The Dothan Chronicles, on the other hand, is a story of true, unconditional love. It’s hard to go home, thinking you’re dirty and corrupted. Is there anything greater than the love of a mother saying, “It doesn’t matter what you’ve done, or what’s been done to you. I will always love you.”

Do you work from an outline or just go with the flow? If you use an outline, how detailed is it?
Originally I just went with the flow. The result was many, many, many rewrites. With each new book my outlining improves. My outline begins with just the main turning points and a few key scenes that I know will happen—in other words I outline everything I know will happen before I begin writing. Once I start writing, I often stop my writing and bulk up the next couple chapters of my outline as I go. Sometimes my characters surprise me, and the outline needs revising or adding.

How do you handle marketing? Do you have a plan, a publicist or just take one day at a time?
Each week I use a website called Hootsuite that schedules tweets, facebook posts, and google+ posts. I then use teams of other authors, each one helping all to market further. Being part of a group helps on many levels. CIR is the best of them all for authors, both and old, with or without experience, because they share their experience, knowledge, wisdom and silliness. (This concludes our `word from our sponsor`, now back to your regular programming...)

Do you have any advice for aspiring authors?
Everyone tells me to write what you know. I say write what you want to read. If you’re not passionate about it, it will show in your writing. I write stories I want to read, and as I result I love writing them. The other little snippet of advice I have for aspiring writers is that this is hard work. It requires pushing through, even when you don’t feel “inspired.” You may rewrite something, but it’s import to push yourself to write every day. One day I am going to collect all of this advice and lump it together in a "So you want to be an author" book.

Could you tell us what you’re working on now?
I am currently working on Lost, book 2 in the Dothan Chronicles. I am so excited for this book. The main characters go through some rather devastating trials, and their growth is astounding. 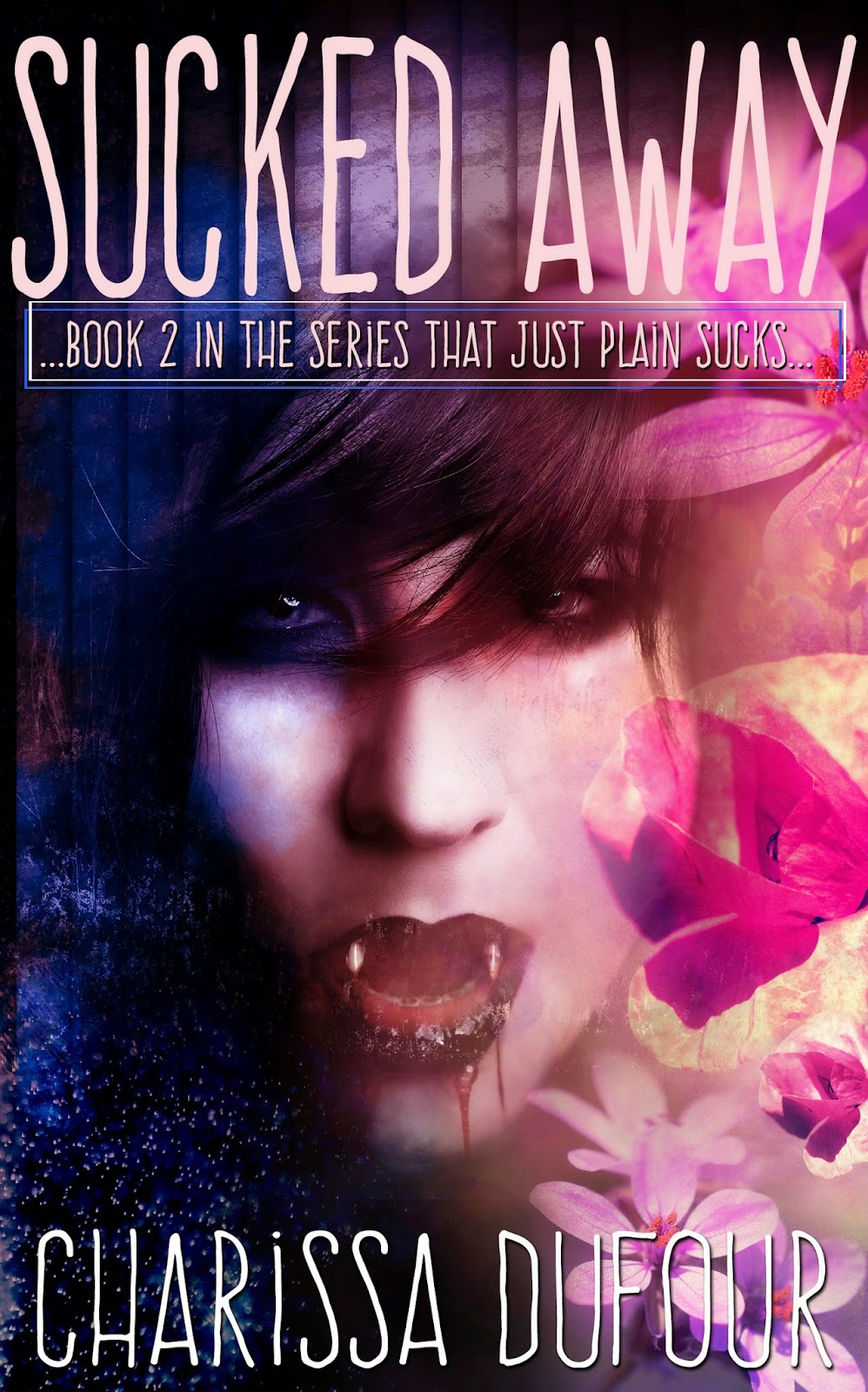 Sucked Away:
Barely surviving the resurrection of the warlock Sedgrave, Ashley has healed in body, if not in mind. As she slowly tries to piece together her mind, sorting past from present and friend from foe, the time of her joining- a ritual designed to bind her to her seethe-comes upon her. Before the ritual can be completed in full, it is interrupted by a ragged pack of werewolves seeking asylum and protection.
Meanwhile, a storm is brewing in the mystical world with Ashley at its center, and before she knows it, her calm existence is once more Sucked Away.