We have another release for you, and it sounds great!  Let's start off with the interview, and then you can get some specific details on Rachel and her book further down.


Could you share a little about yourself and what led you to become a writer?

I am happily married homeschooling mommy of three young children. My love of the written word began in childhood, but my love of writing didn’t come until I was in my teens. Even then, I tended to gravitate toward writing fiction, not non-fiction.

I dream of someday writing full time. Right now my days are full of mothering, teaching, and running the household. I write in the spaces between everything else and in the evenings after the little ones are in bed. Writing and cover design are my two hobbies that are also part-time businesses.
Writing full time is a dream we share, and I used to joke that all those hours I wasted between midnight and three AM should be used more productively. Well, you know what they say ..."careful what you wish for"... I can thank my 17 month old for stepping in and taking care of all that free time I had lol.

Honor: Second Novel of Rhynan is the second in a series, as the subtitle suggests, but the story stands alone as well. The setting is a kingdom called Rhynan, which is similar to the European kingdoms of the medieval period in history.

The Earl of Dentin, the most intimidating man in Rhynan, has been ordered by the king to take custody of his best friend’s adopted son. While in the process of completing his mission, he is confronted by a dark-eyed noblewoman who challenges him on the honor of completing such a task. Dentin finds himself unable to justify his plan. In addition, he is intrigued by this bold young woman who shows no fear in the face of his power.

Lady Elsa Reeve is weary of people pushing her around. Her mother and brother are trying to marry her off to their advantage and not considering her preferences at all. When Dentin starts questioning her actions as well, she fights back. What about her concerns could possibly interest the mighty and powerful Dentin?

Throw in a traitor to the crown, a murder, and plenty of complications and the story becomes quite a medieval adventure.
Sounds great. I will have to add it to my TBR list!
Would you take us on a brief tour of your novel and the world you’ve created? 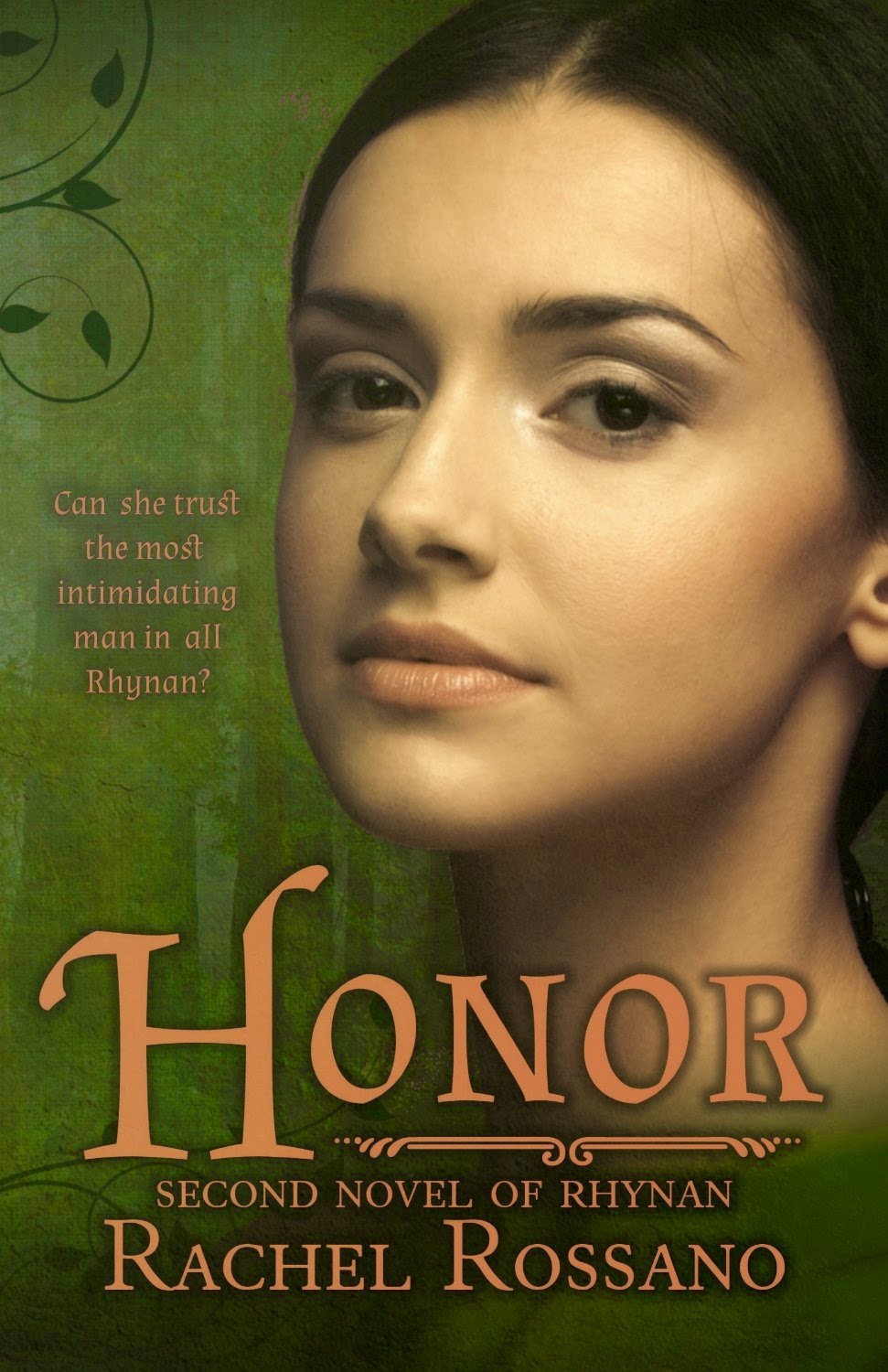 Rhynan is an old medieval country formed roughly three hundred years before my series takes place. It came into being via the uniting of seven baronies under one warrior king to fight a common enemy. The monarchy’s government base is the agreement called the barons’ pact which gives all Rhynan noblemen rights and limits the monarch’s power. Lord Dentin is the fifteenth earl to hold his title, making his earldom one of the oldest in the nation.

Rhynan is also a healing nation. Only a few short years before, the country succumbed to civil war. Nobles rebelled against a king who tried to ignore their rights and the whole country imploded. As a result of that war, the current king sits uneasily on his throne because he is the first of his dynasty. Dentin’s placement in the position of Securer of the Realm is a direct result of that upset. His job is to keep the king on the throne, the borders safe, and basically see that justice and peace are maintained.

Dentin first appeared in the previous novel in the series, Duty: First Novel of Rhynan. He originally was intended to play a crucial, but secondary role in the second half of the book, but he surprised me by stealing some of my readers hearts (and mine as well). I wrote Honor with the intention of giving him his story and moving on to the other three planned books in the series. He, however, has other plans. With an anthology devoted to his backstory already halfway written and him firmly established in the plot of the next book in the series, I suspect readers will be seeing a lot more of him in the books to come. I love how our characters come to life and tell us what's going to happen. You, just sit there and write ;o)

Each of the books in the Novels of Rhynan explores one of the chivalric attributes as it plays out in the characters’ various life situations. Honor was a perfect fit because my main character, Dentin, values honor and integrity very highly. He strives to remain honorable despite serving an increasingly dishonorable king. Opportunities to abuse his power manifest constantly. My other main character, his love interest, Lady Elsa Reeve struggles with honor from a more humble position, that of an unmarried daughter. Who should she obey? How far does showing honor to her parents go? Does that extend to sacrificing herself for her family? Very interesting, and such a wonderful play on the theme.

I outline a few chapters ahead of where I am writing. The outline is usually only in my head until near the end of the book. It isn’t very detailed, more like the order of events that have to happen to get from point A to point B. That said, the outline is a fluid thing, changing as needed to fit the characters’ needs.

Honor occurs over a period of a month or two. I wrote the novel in less than a year. I did quite a bit of research about various things. Although my novels are set in a fictional world, I try to write them like historical novels. As much as possible, I want the reader to feel like they are reading a well-researched work. That came across in your description of the world you created. Well done!

My research is scattered in multiple places. I frequently keep a working Word document going of all the tidbits of information I have collected. My bookmarks on my web browser are extensive. I also spend a great deal of time back tracking through the previous book(s) to make sure details are consistent. In an Excel file I have a huge timeline of the whole series with dates, ages, events, and where all the novels/short stories fall in the larger picture. I found keeping character files, with everything from traits to ticks and even relationships help me a lot. I also keep files on everything else, from places, technology, food, species (I write sci-fi), etc. I like your excel file timeline.

I tend to write arranged marriage plot lines. The first book in the series, Duty, was one of those. In that way, Honor is a bit different from my norm. It begins as a boy annoys girl story and progresses from there. 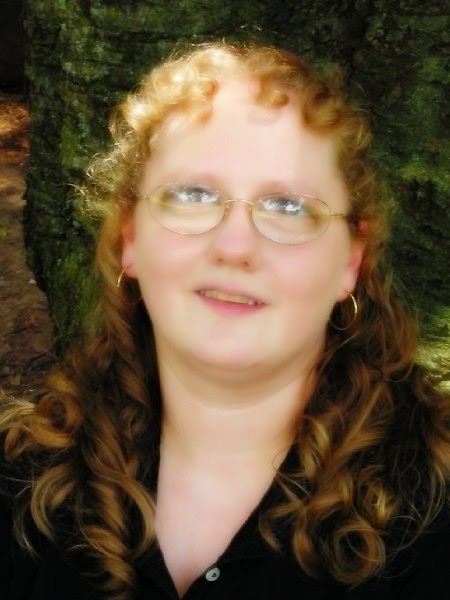 I do a little bit at a time. Daily posts to my FB page, blogging when I can, and networking are my main promotional efforts. I also spend a bit on ads and other opportunities as I can. I focus on connecting with readers more than massive exposure, though that is important too. The idea of paying someone to do the marketing is an attractive idea, but I can’t afford the cost, yet.

Write. If you are determined to do it, do it. Research, put in the time, make it a priority, and do it well.

A massive inspirational epic fantasy trilogy is the main project on my writing desk at the moment. Think telekinetic and telepathic abilities in a genetically modified population in a regressive Roman inspired culture on a distant planet in the far future. I am a third of the way through the third book and eager to finish this seven year project. Though, Dentin’s anthology of short stories is still moving along at a much slower pace. That sounds interesting, and must be quite an undertaking. I don't know if I would have the patience to have it ongoing for so long. Hats off to you!

Rachel Rossano lives with her husband and three children in the northeastern part of the United States. Homeschooled through high school, she began writing her early teens. She didn’t become serious about pursuing a career as an author until after she had graduated from college and happily married. Then the children came.
Now she spends her days being a wife, mother, teacher, and household manager. Her evenings and free moments are devoted to her other loves, writing and book cover design. Drawing on a lifelong love of reading and history, she spends hours creating historical feeling fantasy worlds and populating them with characters who live and breathe on the page.

Honor
The Earl of Dentin excels in his position as Securer of the Realm. But the king’s order to pluck an orphaned child from a loving home unsettles Dentin. When a dark-eyed woman challenges his honor regarding the mission, Dentin finds himself unable to justify his actions or get her out of his mind. Something about her lack of fear intrigues him.

Lady Elsa Reeve attempts to avoid the marriage of convenience her brother and mother demand of her. She understands the need to pay off her brother's massive debt. She only wants her family to consider her wishes in the process.

As Elsa becomes further entangled in a snare of her brother’s creating, only one man defends her. But can she trust Dentin, her unlikely champion, and his motives? With a murderer on the loose, Elsa’s fate in jeopardy, and a traitor plotting against the king, Dentin finds his priorities shifting in an unexpected direction.

Posted by Amethyst Eyes at 4:16 PM

Email ThisBlogThis!Share to TwitterShare to FacebookShare to Pinterest
Labels: Honor, Novels of Rhynan, Rachel Rossano, The Earl of Dentin