Peter Stone and The Clockwork Mechanical

Today we are going to step into the children's book corner, with Peter Stone's novel Clockwork Mechanical.

Who is Peter R Stone you ask? Give me a moment, and I will pull up his biography. Let me see....
Ah! Here we go.

Peter R Stone is an award-winning writer, winning the Faithwriters Writing Challenge on three separate occasions, as well as frequently being a Faithwriters Editor's Choice top ten winner. His winning entries include The Medal and Dreams Forsaken. 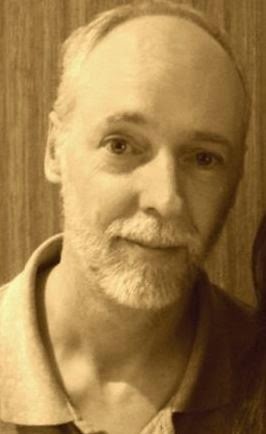 Peter R Stone, an avid student of history, was reading books on Ancient Greece from the age of four. Periods of interest include the ancient world, medieval era, Napoleonic times, and the Second World War. He still mourns the untimely passing of King Leonidas of Sparta and Field Marshal Michel Ney of France.

A product of the Cold War Generation, Peter Stone studied the ramifications of a nuclear missile strike when he was in his senior year of high school, learning the effects of nuclear fallout and how to (hopefully) survive it. He has ever been drawn to post-apocalyptic and dystopian novels and films, and eagerly devoured The Day of the Triffids and John Christopher's Tripod Trilogy when he was a child. He is also an avid fan of science fiction, and his favorite books include the Lensmen Series by E.E.Doc.Smith, anything by Alastair Reynolds, and the Evergence trilogy by Sean Williams.

Peter Stone graduated from Melbourne School of Ministries Bible College in 1988. He has been teaching Sunday School and playing the keyboard in church for over twenty-five years. His wife is from Japan and they have two wonderful children. He has worked in the same games company for over twenty years, but still does not comprehend why they expect him to work all day instead of playing games.

Now that we know about the author, let's take a closer look at his novel, The Clockwork Mechanical, a children's science-fiction adventure aimed at 7-12 year olds. 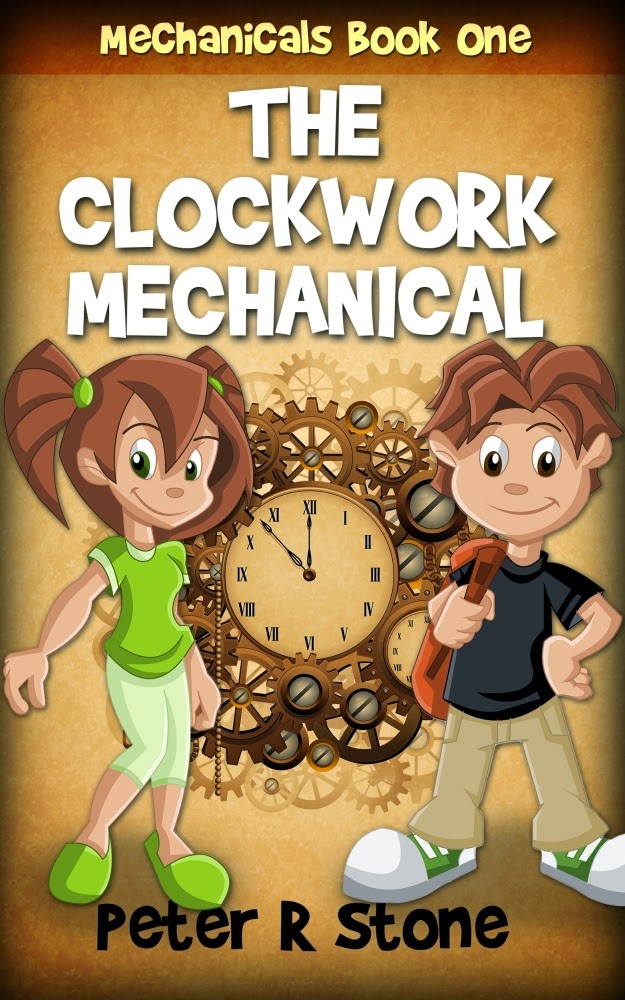 Eleven-year-old Brad Miller's got a problem.

For starters, he's lost his memory. He can't even remember his own name. As if that wasn't bad enough, he's stranded on a space station. A space station that’s going to crash into the earth in less than one hour and kill millions of people.

That means Brad’s got less than an hour to disable the space station’s force field so that it burns up when it enters the earth’s atmosphere. The only catch is that a terrible Clockwork Mechanical – the living machine that is behind the diabolical plan to destroy the world – is out to get him.

Join Brad on his frantic quest to disable the space station's force field generator and save the world. See him team up with some unlikely companions - a swarm of little clockwork butterflies, a mechanical spider, and a girl with ADHD - as he tries to outsmart the Clockwork Mechanical.

I had the chance to ask Peter some questions about this book, so if you need a cup of coco, get it now. You won't want to miss this.

What inspires you to write?

I have always wanted to write, right from my early childhood. I still have the manuscript of a book I started when I was in grade six, and of another written during my final year of school. However, it was a love of music that got me back into writing in 2006. Music inspires me, it sets my imagination running, and I find writing the perfect outlet for the creativity it inspires.

Tell us about your writing process.

I have a full time job, so I normally write during my lunch break at work, and in the evening after my youngest has gone to bed. I normally spend several months planning a book before I start writing it. I develop each of the major characters, do a semi-detailed world background, and then make a step sheet of the plot, developing each scene to varying degrees of detail. That does not mean I will not change those steps as I write. The events that take place in ‘The Clockwork Mechanical’ occur within the space of one hour. However, it took me a lot longer than an hour to write it! Wow, you would be LOVED by writing instructors who ask for detailed background information and story planning.

‘The Clockwork Mechanical’ is steeped in mystery, right from the first page. The main character, Brad, wakes on a space station with suffering from amnesia. He does not even remember who he is. A mysterious Orb, a being of pure energy, tells him that he has one hour in which to stop an evil clockwork Mechanical from crashing the space station into the earth. The Mechanical has erected an impenetrable force field around the station using alien technology, and Brad has to find it and turn it off. He does not have to carry out this seemingly impossible mission alone, though, for the Orb has sent him several helpers – a girl from his class who has ADHD, a clockwork spider, and a swarm of tiny clockwork butterflies. The book is set in today’s world.

Where does the inspiration for the characters and story come from?

I wrote ‘The Clockwork Mechanical’ to read to my 10-year old son. He loves science fiction and stories that make you think. The main character was a kid who seemed to have it all – clever, good at sport, but at the same time, he had a flawed character evidenced by the fact that he used to mock and bully the handicapped and disadvantaged children in his class. His sidekick, Megan, was inspired by children I have taught over the years who had ADHD. They are such wonderful kids and it was a joy to include one in my book. I like that!

What is the message behind the story?

‘The Clockwork Mechanical’ is a heart-warming story about a boy who learns the importance of respecting and befriending those disadvantaged by disabilities and handicaps. We need more of these stories in today's society.

Could you tell us how you go about your research?

The Clockwork Mechanical is set on a space station hobbled together from the International Space Station (ISS) and the Chinese Tiangong space station. I spent several hours in Wikipedia studying the ISS, reading about each module, its purpose, and appearance. As one of the characters in the novel has ADHD, I studied the disorder and how it typically manifests itself in children. When preparing to write a novel, I create a ‘background document’ in which I dump the information I gather while doing research.

The three previous books I wrote, ‘The Forager Trilogy’ are for young adults and older. Each novel has around 70,000 words. ‘The Clockwork Mechanical’ was a radical departure in style and format.

After spending countless hours promoting ‘The Forager Trilogy’ I learned that a novel sells better if it is part of an already available series. Keeping that in mind, I waited until the sequel to ‘The Clockwork Mechanical’ was available before beginning to promote it. In fact, this week is the first time I have promoted it. I am kicking off the promotion by running a 99-cent Kindle Countdown Sale advertised on several websites. Good information for all authors here.

If you are going down the self-publishing route, get other writers or book critics to beta read your book after you have finished it. Ask them to pick it to pieces. Then go back and fix all the holes they found. Get a professional cover for the book. If money is an issue, there are plenty of awesome pre-made covers around. Lastly, get the finished manuscript professionally proof read. This is definitely sound advice. it is so hard to fix a broken reputation as an author. Better to start off on the right foot.

I have just published ‘The Ring of Fire,’ which is the sequel to ‘The Clockwork Mechanical.’ Currently I am getting stuck into writing the third and last book in the trilogy. "Stuck" eh? Well I hope that is not a bad thing.

If you want to know where you can get a copy of the book, just click on the AMAZON  KINDLE tab.

Here is a review for the book:

5.0 out of 5 stars
Such a lot of fun for a little book November 10, 2014
By Rachel Scalmer
Format:Kindle Edition
This was a fun little read. Written for the 8 to 11 age-group, it keeps it simple and doesn't get bogged down, or try to swamp the reader with information.
The main characters, Brad and Megan, actually act like the 11-year-olds they are, rather than junior superheroes, and I had a really easy time connecting with them. The story, while being a typical save-the-planet adventure becomes so much more than that in the author's skilled hands, and I loved the Clockwork Mechanical itself. I actually felt like I was along for the ride, and, even though it is written for children, adults that enjoy their adventures to be simple and fun will love it, too. I will be keeping an eye on this series.
Posted by Amethyst Eyes at 1:47 PM