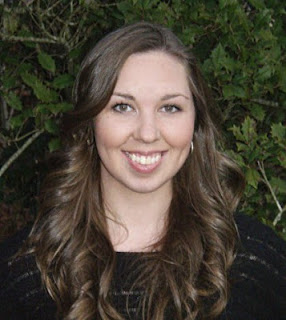 In November of 2011, author Kimberly Lewis stepped into the writing world with her first original western contemporary romance novel, When the Heart Falls.
Born and raised on the Eastern Shore of Maryland, this country girl at heart caught the creative bug at an early age, doing everything from drawing to writing short stories.
After the birth of her son, Kimberly found the inspiration to pick up a pen, or in this case a laptop, and began writing her first novel. Since then she has continued to write and credits her husband, Rob, and her wonderfully crazy family, who with their love and joking demeanor provide her with the ideas that inspire her novels.
In her spare time she enjoys reading, horseback riding, and spending time with her amazing family. 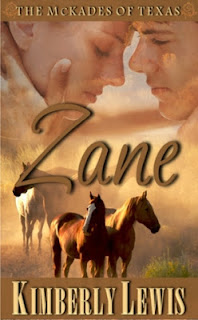 Kellan Anderson is in hillbilly hell—or at least that’s what it feels like. After enduring endless accounts of abuse from her now ex-boyfriend, Kellan makes a run for her life and finds herself in cowboy country. Leaving her fancy clothes and expensive lifestyle behind her, she trades in her high heels for cowboy boots and changes her name to Andi Ford. With her painful past threatening to catch up with her, hiding out in this small town seems easy enough – until one blonde hair, blue eyed cowboy steps in the picture.
Zane McKade has sworn off women, determining that they are all liars and cheats—including the new waitress at the local bar. After a rather unpleasant first encounter with the beautiful brunette, Zane’s radar is set to high as he believes this woman is not who she claims to be. When his intimidation methods fail to break through Andi’s barrier he decides to turn on the charm to get her to tell the truth. But Zane’s plan begins to backfire as the more time he spends charming Andi, the more he finds himself breaking his own rules and falling for her.

Kellan saw the man coming her way and a nervous feeling began to grow in the pit of her stomach. She hadn’t noticed it when he rode up, but he was incredibly good looking. The man had to be a least six two, with long muscular legs leading up to narrow hips that angled into a very masculine upper body. He looked like an athlete. He looked…solid. And although his pale blue shirt was soaked with sweat, it somehow added to his overall appeal. He stopped at her table and glared at her. Only then did she realize that this man was not coming over for friendly chit-chat and her mood shifted.
“Is that your red sports car out there?” Zane asked, tilting his head and jerking his thumb towards the parking lot.
“Yes,” Kellan told him. What’s it to you? She stared up at him, waiting for him to continue. But when he just stared back, his deep blue eyes shooting daggers at her, she decided enough was enough. “Is there something I can help you with?”
Zane’s jaw flexed. “You could have four miles ago.”
“What?” She was utterly confused as to what mileage had to do with his apparent anger towards her.
“I don’t look familiar to you?” He stared at her, his eyebrows coming together in frustration.
She looked the man over from head to toe. “No, I’m sorry you don’t.”
Zane let out an exasperated sigh. “How about now?” He raised his arms above his head and waved them just like he had done when he was trying to flag her down.
He looked completely ridiculous and she fought back the urge to laugh at him. But the more she looked at him she realized that he did look strangely familiar. Oh my… He was the man on the side of the road next to the pickup truck just outside of town.
“Oh,” Kellan said. “Yes, I do remember you now. I’m sorry I didn’t recognize you with your shirt on.” She loaded her voice with sarcasm and crossed her arms over her chest. If he was going to have an attitude with her, then she was going to give it right back.
Zane’s eyes narrowed. “Well, would you care to explain why you just blew past me like that?”
Kellan laughed, quietly as to not draw attention. “Why did I blow past you? Hmm, let me think. Um, maybe it has to do with the fact that you were partially naked and in the middle of nowhere.”
Well damn. He hadn’t thought about that. He’d been all riled up thinking that some guy just ignored him. Now, thinking about it from her perspective, he could see why she didn’t pull over to help him. As it was though, his built up anger from everything that had transpired today got the best of him and he continued with his rant.
“I was not half naked,” he said, his voice low as he briefly glanced around the room to see if anyone could hear them speaking.
“Look, cowboy.” She said the word as though it were an insult and not an affirmation of what he obviously was. “I’m sorry you’re having a bad day, but don’t come over here and take it out on me. I had a good reason for not stopping earlier and I’m not going to apologize for looking after my own safety. You could’ve been a murderer for all I knew.”
Zane knew that he should just man up and walk away, but he just couldn’t do that now after her snarky “cowboy” remark. Why’d she have to go and say it like that anyway?
“Look, princess,” he said with the same tone she had used. “This ain’t Hollywood. Take your sunglasses off. You’re inside and you look like a damn fool.”
Kellan’s jaw fell in disbelief.
Zane smiled, feeling triumphant that he got in the last word. He turned and started to walk away from her.
“Screw you, cowboy!” she yelled after him, saying the word exactly as she had before. “And that horse you rode in on.”
And—Whoops!—now everyone in the diner had turned to look at them.
Zane turned around to face her with amusement on his face. “Very original, princess.”


Enjoy a guest post form Kimberly
My Advice for Aspiring Writers – 3 Things You Should Know by Kimberly Lewis
Whenever I do an interview I always get the question, “What advice would you give to aspiring authors?” So today I’m going to share with you three things I feel that every aspiring author should know.
1)    Make sure you do your research before you publish.
So you’ve written a book and are now ready for the world to read it. That’s great! But, how exactly are you going to go about getting it published? Make sure you do your research before you go jumping into anything. Some people may find that going the traditional route of publishing is best for them and others may find that going the self-published way is best. What it all comes down to is what you feel most comfortable with. Don’t do something just because someone tells you it’s “the right thing to do”.
2)    You’re job isn’t not done when your book is published.
All self-published authors know what I’m talking about here, but this advice isn’t limited to just the self-published world. When you choose to write a book and publish it, the next step after that is to market your book. You can’t expect to just throw your book out there and call it day hoping someone will stumble upon it and buy it—sadly this is what I did when I published my first book. But I learned my lesson and have since looked into different avenues for marketing my work. A few of the ones I have found to be successful are: Virtual book tours, developing a hype on your social networks (you would usually do this prior to your book coming out), and free promotions.
3)    Make sure you stay in touch with your readers.
It’s a rare thing that you’ll be producing a new book every month, so make sure you are keeping in touch with your readers and letting them know what’s going on in your writing world. Share excerpts from your work in progress, etc. A good way to do this is through social networks, a blog, or a website.
I hope you have found this information helpfulJ Authors, what is the most helpful piece of advice you’ve received?