Continuing with our guests, I would like you to take a moment to read a guest post by author Jamie Haden, anad learn a little about her book, Illuminate-Alive, She Cried.

Who is Talisa Santiago?
This is never an easy question to answer because who we are changes, sometimes on a daily basis. It is often customary to hear a person say, "I'm not the same as I was back then," or "I'm different now." Although this may be the case, what I have come to learn is, our thoughts about ourselves, and our thoughts towards others, can certainly change, yet, in the end, our essence remains true. That is what I tap into, to fully understand and appreciate Talisa. I had to get her essence.
Just as the spirit of the soul lies hidden, so were the secrets of Talisa's childhood. She was born in the Mexican desert, the granddaughter of a shaman, yet she fled with her mother at the age of seven and escaped to America in hopes of finding a new, safer life. In an attempt to shield her daughter from her past, Talisa's mother refused to speak of their history in the desert, her ancestry, and all things Native American. Only bits and pieces remained in the young girl's memory. Horrific as well as enchanting recollections consumed her, but dissolved through time with no explanation. Life proved to be difficult, and Talisa found herself isolated and alone.

She was different from other kids.


Indeed, the very core of her being separated her most because she was born, not just the granddaughter of a shaman, but with a direct connection to the spirit worlds. Even though some would argue her gifts were hereditary, it would still prove to be a long and arduous crossing simply because her childhood, where she came from, was a mystery.
Nevertheless, the obscurity of it all was enticing. It kept Talisa lost, yet hoping, wondering, if maybe one day, she would be found.
From the very beginning, when I first began to think about Talisa, I knew I wanted a strong female protagonist. Not necessarily physically powerful, although I do appreciate the girl who can kick some serious butt, I am talking internally so, awakened. Such a state of being in a seventeen year old is rare, a treasure to be adored.
This was also an end. A place Talisa had to get to, after she walked a very long and winding road, for the desire to become aware of our inner selves is a journey most of us inevitably take at some stage of life.
To fulfill this goal, this end, I wanted to develop the character of a girl who wasn't consumed with materialism. I envisioned a world of seclusion—first a barrier island of the coast of North Carolina, and then, a remote Indian reservation deep within the Great Smokey Mountains. Yet, throughout it all, Talisa, as well as all the other characters, had to be relatable. They had to go through being teenagers, the hell of it all; they had to be real.
Ultimately, Talisa would have great burdens to bear, feel tremendous heartache, go against all odds, fall, be betrayed, betray, and face the dark night of her soul. There was no other way around it. She had to lose it all in order to know what losing it all felt like; then and only then would she be able to rise.
In the end, I admire the person who can honestly say they live with no regrets, because the choices they made, even the ones they regret, made them stronger in the end. They are the ones who transform through change. By living in the present, they aren't captive to the past. They reclaim their spirit and inspire others. People such as this are worth writing for, and that is Talisa.
Wilmington, NC August 2012 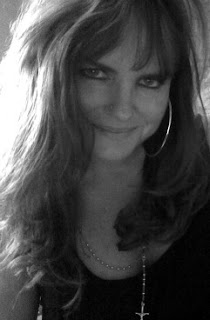 Jamie Haden
ILLUMINATE-ALIVE, SHE CRIED a novel by Jamie Haden
Some say the concept of rebirth is simply a metaphor for living a better life, a holier life. For seventeen-year old Talisa Santiago, such a resurrection is anything but a metaphor. It is her reality.
Talisa knows she can communicate with the spiritual world. She is the granddaughter of a shaman and going between two different worldly dimensions is something she realizes she is destined to do. However, what she doesn’t count on is what fate has in store for her.
After surviving the first hurricane of the season on the island where she lives, Talisa learns that her life is in grave danger. She must leave immediately and retreat to live with a secretive clan of Indians on a remote reservation deep within the Great Smokey Mountains.
Her blood brothers, three shifters who have the desires of both man and animal surround her, promising everlasting friendship and protection. Now, Talisa will put her life in their hands, depart from her mother, and begin the journey of a lifetime. However, the majestic mountains hold many secrets and danger lurks in the night. There are evil tricksters everywhere that want her dead. As Talisa falls prey to the confusion of her own sexuality, she unleashes an untamed passion that may get them all killed. 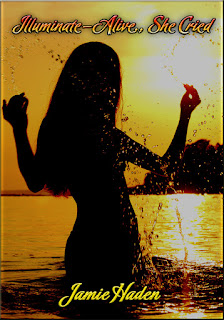 Jamie Leigh Haden is the author of Spirit Seeker, a young adult fantasy. Jamie lives and writes near the seashore in North Carolina. She has a Bachelor's degree in philosophy. Jamie is currently working on An Unimagined Life, the sequel to Illuminate-Alive, She Cried. Get Illuminate-Alive, She Cried on Kindle here: http://goo.gl/g6qKF  or in paperback here: http://goo.gl/3V4Of
Jamie Haden www.jamiehaden.com