Our next guest brings Ice Cream...and that is awesome! I mean, don't get me wrong. I like chocolate....but I love Ice cream. J Oh, and I'm not going to talk about the weather because someone up there can't make up their minds if they want to freeze us or snow us in. So, back to ice cream, and our next guest, Ines Bautista Yau. Welcome back  Ines!

Could you share a little about yourself and what led you to become a writer?
I studied Communication Arts in college because I always wanted to write. It didn’t matter what form it took, I just wanted to write. Then when I began working in a public relations company, a friend suggested I teach in my former high school. I had no idea what to teach, but something inside was ignited and I couldn’t sleep that night. The next day, I called the school and asked if I could apply. I figured I could try to be an English teacher. It was my favorite subject anyway. So I got accepted and I studied my masters degree in English Language and Literature Teaching (I am a comprehensive exam and thesis away from my degree). Afterward, I joined the editorial team of Candy magazine, a teen magazine. My life has always been in flux between writing and teaching.

Right now, I freelance and work from home because I have two little girls and I want to be there when they need me. Hmm, if that's anything like my youngest ( which I believe are the same age as your two), they need you ALL the time. Or more specifically, as soon as you try to do anything for yourself, worke related or not.

I began writing when I was a child. I guess, like all writers, I love to read, and as a child, I always carried a book around with me wherever I went. Somehow, the natural progression was to begin writing my own stories as well. At first, I began writing in a diary because I was given one by an aunt, but I grew tired of merely recording what happened to me that day. So I made up my own stories and the thrill and freedom that came with that hasn’t left me. 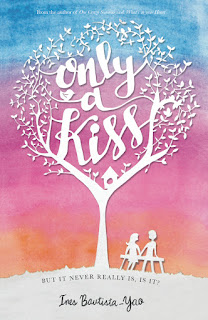 Do you write full time? How much of your life is set aside for writing?
My full time job is being a mom. I’m taking care of my two-year-old for what feels like 24/7 and my seven-year-old when she’s home from school. When I find time in between to breathe, I write. It’s incredibly challenging and I don’t know how I’m going to finish another book, but I was able to do it last year and I know I can push myself to do it again this year!

Could you tell us a little about your novel?
My novella is entitled Only A Kiss. It is a sweet romance set in the Philippines and it’s about two best friends, Chris and Katie. They went to the same grade school and always had each other’s backs. When high school hit, things began to change. Chris had his heart broken for the first time and his life spun out of control (at least, according to Katie). In the end, they learn a thing or two about love and friendship. I enjoyed reading this one very much.
What do you think makes a good romance story?
I believe a good romance story must be believable. It has characters that tug at your heartstrings and make you feel something, characters that make you care about what happens to them, and of course, characters who fall in love and find a way to be together in the end. And very important, they have to end up together! Haha! Yeah...that one, tiny, last detail, is the reason my novel, Emma, to Begin Again, could not be considered romance. But alas, their fate had been sealed by the previous novel.

How do you handle the emotional side of romance writing? 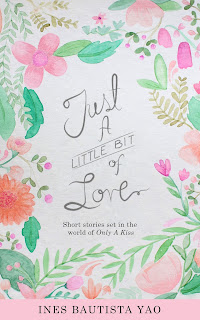 I love this part. It’s when I have to dig deep and call forth the emotions my characters are feeling. It’s not easy if it’s something I haven’t experienced yet but that’s when I tell my imagination to run wild and come back with something I can work with. So far, it works but it takes a toll on my tummy because more often than not, it’s tied in knots alongside my characters’ tummies! Lol, the sign of a true artist.

Which elements do you think are more important in this type of writing?
I think the characters need to shine through and be very real. This is the only way the reader can be invested in them and want their happiness. If the reader doesn’t like them, then she won’t care what happens to them in the end—and your happily ever after will be pointless. Now that makes sense!

What is the message behind the story? Was it something you specifically wrote a story around or did it develop as your characters came to life?
That love will happen, though it may take time. It’s funny, I didn’t really set out to include a message in the book, but readers have been telling me that they’ve learned a lot from it and that they now have hope that someday, they too will find love. And even if I didn’t mean for that to happen, I’m glad that’s what they took away. Ah, the sign of inspired writing.

What is the time span in your novel, weeks, months, years?
Years J It begins when they’re children and ends when they are in their twenties.

Could you tell us about your other works?
I have just released a short story collection called Just A Little Bit of Love and the stories basically happen in the same world as Only A Kiss. They can stand on their own, however, and do not need to be read together. What I love about this collection is there are three doses of love but they all pack a lot of feels. 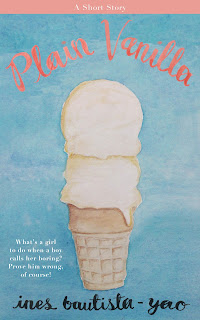 I also plan to release a short story for Valentine’s called Plain Vanilla. The story opens on Valentine’s Day when a teenage girl named Tempest attends a Valentine’s party thrown by her wild and wacky family. She feels she’s the only normal person there then she meets Paco, a boy who intrigues her. But when she finds out he calls her “vanilla” on Facebook, she gets really upset and sets out to prove him wrong.

How does this book differ from what you have written in the past?
This is only my third book, but my other two did not span almost an entire lifetime. I think that’s the main difference. Also, I cover both points of view in Only A Kiss—Katie’s and Chris’s. In my other two books, I use the first person point of view.

Do you have any advice for aspiring authors?
Don’t give up. Learn everything you can about your craft. Don’t ever stop learning. And don’t ever stop writing. You can only get better with time and practice. 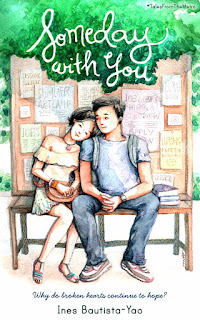 Could you tell us about your other works?
I have just released a short story collection called Just A Little Bit of Love and the stories basically happen in the same world as Only A Kiss. They can stand on their own, however, and do not need to be read together. What I love about this collection is there are three doses of love but they all pack a lot of feels.

I released a short story for Valentine’s called Plain Vanilla. The story opens on Valentine’s Day when a teenage girl named Tempest attends a Valentine’s party thrown by her wild and wacky family. She feels she’s the only normal person there then she meets Paco, a boy who intrigues her. But when she finds out he calls her “vanilla” on Facebook, she gets really upset and sets out to prove him wrong.
Oh, I want to know what happens! That sound like fun.

I just wanted to add that I  love your book covers. They are beautiful. Different from what we often see. Well done.


Ines Bautista-Yao is the author of One Crazy Summer, What’s in your Heart, Only a 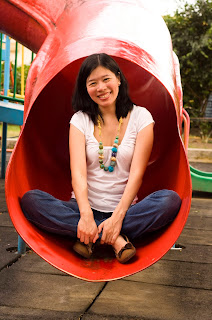 Kiss, and Just A Little Bit of Love. She has also written four short stories: “Someday With You,” “Flashbacks and Echoes,” “Plain Vanilla,” and  “A Captured Dream,” one of the four short stories in Sola Musica: Love Notes from a Festival.

She is the former editor-in-chief of Candy and K-Zone magazines and a former high school and college English and Literature teacher. She is also a wife and mom to two little girls and blogs about the many challenges and joys of motherhood at theeverydayprojectblog.com. The Author Project is a section in her current blog devoted to the stories in her head.

You can find her at:


Someday With You Buqu.ph
Posted by Amethyst Eyes at 9:23 PM