Elaine Manders and The Perfect Gift

So now that everyone has a full belly, and has taken a moment to give thanks for all of their blessings, let us continue with our Christmas book & author spotlight. Today, we have Elaine Manders and her Christmas novella, The Perfect Gift. The cover is quite lovely.

But first, allow me to introduce Elaine Manders and share her BIO. 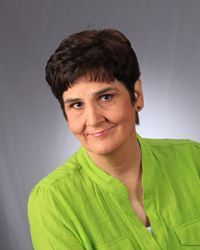 Elaine Manders writes historical romance to inspire and intrigue. She began her writing journey with feature articles for a Christian newspaper and turned to fiction in 1992. Her debut novella series, the Annex Mail-Order Brides, was published July 8, 2015, and serves as prequels to her long historical novel series, Under Cerulean Skies, scheduled for release in December. Her greatest joy is to create endearing characters and intriguing plots with humor and faith woven throughout, and her fondest hope is that these books will entertain the reader and bring glory to God. She lives in central Georgia with the love of her life, her husband, Robert.

Stories have been popping up in my imagination since childhood, and I’ve been writing since 1991. When I decided to begin writing professionally, I turned to Christian fiction because that’s what I most like to read and, hopefully, glorify God in the process.

I do write full time, every day, six days a week. I don’t have a set time limit, letting the story flow until there’s a natural break. I know a lot of writers who can only dream of such a schedule!

The Perfect Gift is a novella at about 125 pages long. That’s my favorite length for Christmas stories. So much is going on at Christmas, I prefer shorter reads for this genre. I hadn't thought of that.

What lead you to choose a Christmas theme?

The characters in The Perfect Gift were created in 1963 when I received my first typewriter for Christmas. Last year, as I was digging through old manuscripts, I came across this story, yellowed with age. The writing was immature naturally, since I was a child at the time, but I liked the premise. The plot has been changed radically, but the setting and characters are like they were in 1963. That is awesome! I have a book that was once a grade 10 high school English assignment.
Would you take us on a brief tour of your novel and the world you’ve created?

The setting is Macon, Georgia, 1963, a pivotal year in history. The world was changing, including the role of women. The heroine, Macy, is a college girl studying to become a chemist, an unusual career for women back then. Macon is a college town, including Wesleyan, the first woman’s college in the country. But I sent my heroine to Mercer, a former all-male private institution.

I really don’t know. The premise comes as a flash and leads me to imagine “what if?” The Perfect Gift is a “rich guy/poor girl” story, except this poor girl is climbing out of poverty herself and has no desire for riches. This is what attracts the hero. She’s the one woman who isn’t after him for his money. But there’s a deeper reason why Macy believes as she does and keeps her past hidden. OK, now I want toknow more!

Macy isn’t able to reveal her true self to her fiancé until she accepts the truth about herself. This can’t happen without the healing power of God’s redemption. After that Macy can experience the Christmas Spirit, much like Scrooge did in A Christmas Carol.

I usually work from a rough outline.

What is the time span in your novel, weeks, months, years?

Since I write historical, I do a lot of googling, and keep notes in a folder. Since I live near Macon, I visited the local newspaper and got most of my questions answered that way. That actually sounds like fun, more so than simply using Google.

It differs from my western romance in that the westerns have more humor, definitely more action. The Perfect Gift is a more serious character study.

I probably couldn’t write nearly as much without the computer. I have to agree. Although I prefer to write using pen and paper, having your work typed right into the computer is a time-saver.

I honestly haven’t done much marketing yet. I’ve posted to a number of reader groups and been featured on a few blogs. My books are in Amazon KU Select, and they are the best marketing tool I have at present. It’s my goal to have 9-10 titles out by this time next year, then I’ll start putting a lot more effort in marketing. Having that many books is a worthy marketing tool to start off with.

Take a lot of courses to learn the craft and make sure the craft books or courses are by experienced, proven professionals. There are a lot of shams out there. After that, write what’s in your heart. Sound advice. A well structured course and an experienced instructor give us sound coaching and life-long writing tools.

I’m glad you asked. I’m editing and proofing my first full-length novel, the first in a series entitled, Intrigue under Western Skies. The first title is Pursued, and is about an idealistic young woman on a philanthropic mission who joins forces with a handsome cattle baron to defeat a diabolical enemy in 1884 Nebraska.

Shall we take a step back and return our attention to this wonderful book? 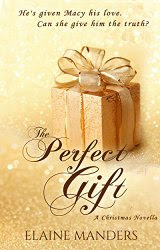 A mistake from Macy’s past threatens her perfect future.

Macy has a secret.

It’s Christmas 1963, and Macy Lance has it all. She’ll soon graduate from a prestigious southern college, and a position in a top pharmaceutical firm waits for her. Best of all, Jonathan Tennent has proposed. Jon is not only the love of her life, he’s the son of Macon, Georgia’s wealthiest and most prominent family, and heir to Tennent Pharmaceuticals.

All would be perfect except Macy isn’t the woman Jon thinks she is. No one suspects her persona of a wealthy, college co-ed is a charade meant to help her fit in with the in-crowd—and hide her past. She must confess by Christmas Eve. But before then, she searches for a gift to rival the engagement ring Jon is giving her, and convince his society-obsessed mother she is good enough for her only son.

Despite everything, Jon is determined to make Macy his wife. Then he discovers the one thing that can destroy their future.

Familiar Christmas themes run through this love story, from the ironic twist reminiscent of The Gift of the Magi to a life changed by repentance in A Christmas Carol. These reminders of God’s eternal love makes The Perfect Gift the perfect Christmas story.

Excerpts:
“Macy girl, you have a bad habit of not answering a body straight-up. Did you say yes?”
“Of course.” A nervous laugh escaped before Macy realized it. She cleared her throat. “I love him…and he loves me. But we won’t become officially engaged until Christmas when he’ll give me a ring.” She held out her left hand and fanned her fingers, imagining how the ring would look. It would be a solitaire set in twenty-four caret gold, and knowing Jon, the diamond would be big.
She hoped not too big.
“The wedding won’t take place until June. I’ve always wanted to be a June bride.”
Esther wove around a couple of cars. “June’s a pretty month all right. So you got around to telling him everything, and he didn’t care. I told you he wouldn’t.”
Macy knew what she meant but refused to get into that now. Sometimes Esther acted more like a mother than a friend. “No, I haven’t told him yet, but I will before Christmas.” Jon would definitely have to be told before then. He’d have to be given the opportunity to get out of the engagement without the family knowing.
For a fraction of a second she considered telling him tonight. Get it over with. Find out if he loved her enough—she recoiled from the thought as she would from a hot stove. She wouldn’t test him like that. He deserved a thoughtful explanation, one that would assure him she wasn’t a blatant liar.
Esther pursed her lips. “Honey, that boy’s got to know the truth.”

Available only on Amazon.com