The Amazing Christopher C Starr, and the Road to Hell

I'm back!
Bet you didn't know I was gone...well, in a way I was, back at Camp NaNo. Not to mention summer time. Ahhh, yes. Hubby is on vacation, schedules are up in the air, I'm packing picnics, beach bags, washing more towels a week than I own and chasing after the sun...just to be able to spend time with DH...and my kids, of course. But routine has once again befallen my household and I can let out a sigh of relief.

And now, back to business. 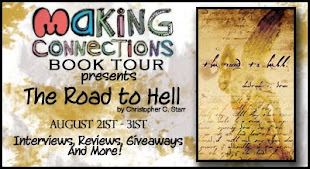 Allow me to introduce a fascinating author, one I hope will leave a lasting impression on you. 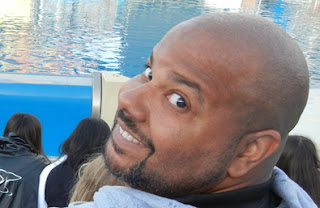 Chris is the author of The Road to Hell: The Book of Lucifer, the first novel in the Heaven Falls series. These stories examine the God’s relationship with Heaven and Earth, told through the eyes of the angels. The next book in the series, Come Hell or High Water, is scheduled for late 2012/early 2013.


He makes it a point to look at the dark side of his characters, both heroes and villains, and his work explores the “grey”—that place where good and evil come together in all of us. 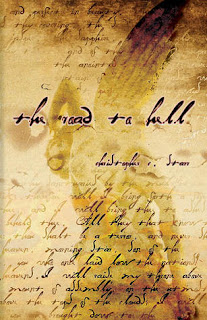 Lucifer heard me: as soon as my feet touched the glass surface of his platform, he laughed aloud and doused all the light in Heaven.
“I know why you’re here, Raphael,” Lucifer said in the darkness. “You’re afraid.”
I was afraid but I wasn’t willing to admit it. Instead I said, “Why should I be afraid? The Father is with me.”
“You sure about that?” And I could see Lucifer’s teeth glinting in the light wafting from my body. He was smiling. “You think he’ll still back you up now that you’re failing him?”
His face was the color of fire, deep and red, and a haze made him seem like a mirage. Even in the darkness, in the heat of his rage, Lucifer was still beautiful. His thin face, the angular cheekbones, his wide, open eyes, his halo of shimmering hair—all presented a portrait of absolute perfection. Even in this dark hour, I envied the crude formation of my own round face, my pudgy nose, the softness of my jawline.
I tried to sound as sure of myself, as certain as he was but my voice cracked, “I’m not failing—”
He pounced on me, laid long, thin fingers on my shoulders, pushed that gleaming grin into my face. “Sure you are! Why else would you be here, Peace Keeper? Angels are dead, Raphael. It’s slipping through your fingers. Sounds like failure to me.”
“This is your doing!” I pressed him back.
“Raphael, you insult me; finger pointing seems so…beneath you. Besides, I’m bound, remember?” He fondled the chains streaming from his wrists and ankles, smiled at me again. “You chained me up so I couldn’t cause any problems for the others. Weren’t those your words?”
He was right. And I hated him for it. “Yes,” was all I said.
“So you failed them or you failed him. Either way, you’re a failure, kiddo.”
“I want to talk about what we do next.”
He was walking around me now. I could hear the chains scraping the surface of the glass.
“And I want to talk about your fears,” he said and his voice sounded like velvet in my ears.
“This doesn’t help us, Lucifer. It doesn’t help us end this nonsense. ”
“Maybe I don’t want to end it. Maybe this is exactly what we need.”  He got louder, bolder. Closer. “Does that scare you, Raphael, that you won’t be able to keep it together? Is that why you tremble in the darkness? Because when it’s just you and the Father and all the light and noise is gone, you know you’re going to have to tell him you failed?”
He had me. I understood in that moment how Lucifer could enflame the deepest of emotions. His words touched the very root of me; spoke directly to the futility flexing in my palms. It was out of my hands—I knew that much. Lucifer knew it too. By virtue of the fact that I was there, standing before him while he taunted me, it was out of my hands.
I tried to turn it back on him, “What about your fears? What about what you’re afraid of?”
“I’m scared,” he whispered, “that the Father won’t want me back once I’m finished.” The smile was gone.
Christopher was kind enough to provide a Guest Post

SCREW GOOD INTENTIONS, THE ROAD TO HELL IS PAVED WITH CHOICE

It is said, “the road to Hell is paved with good intentions, but Heaven is full of good works.” And the biggest difference between the two is choice. That’s what this book, The Road to Hell, is all about.

The cost of choice. The consequence of choice. The power of choice. These were the themes I played with in the book and Lucifer gets the ball rolling early. He starts it all with a simple choice, with a want for something greater. He wants something for himself. He sees what he is and what he can and can’t do and wants something that belongs to him. Something just for him. It’s a small thing, really, and, as I was writing the story, it was the most personal of the choices I wrote about. Who doesn’t want something for themselves?

And it’s an intensely human want. We all want to feel and be special. Unique. In this way, Lucifer represents us. His intention is both good and understandable. But it isn’t the want that gets him in trouble; it’s how he chooses to react to the answer. Lucifer doesn’t take “no” very well and responds poorly. Very poorly. Could he have taken that response and just accepted it? Sure. He doesn’t. He’s not a “suck it up” kind of guy. A poor response becomes disobedience, punishment turns into defiance, petulance becomes anger and soon we have the makings of a rebellion. These choices propel him down a path he can never turn from but they also increase his power. They make him strong and destructive when all he wanted was to create.

Lucifer’s isn’t the only choice I wanted to examine. Michael the Archangel presented a different kind of challenge. My relationship with Michael is very personal and comes from a place of strength and admiration. Michael does what he has to do because it has to be done. This is the difference between Michael and Lucifer: Michael chooses to do what he must. Remember, Lucifer persuaded 30% of the angels to fall with him—what’s to say Michael wouldn’t have been one of them.

More than choosing to simply be obedient, Michael chooses to believe. We see the beginnings of this in The Road to Hell and it becomes a challenge that we’ll explore in the second book in the series, Come Hell or High Water (releasing December 2012). This book finds Michael is a very different place with newer, more difficult choices to make. You know how this goes: it starts with a temptation in the Garden of Eden and it ends with a flood. It rains a lot; everybody dies. Michael has to choose to believe this is right.
BUY THE BOOK:
The Road to Hell is available at:
Amazon: (http://amzn.com/061544203X)
Barnes & Noble: (http://www.barnesandnoble.com/w/the-road-to-hell-christopher-c-starr/1105811341?ean=2940013240544&itm=3&usri=the+road+to+hell)
COME FIND ME:
Blog: www.christophercstarr.net
Amazon Author Page: www.amazon.com/author/christophercstarr
Facebook Fan Page: www.facebook.com/christophercstarr
Twitter: www.twitter.com/SuperStarr73
Posted by Amethyst Eyes at 11:03 PM