I am quite excited to introduce you to J.R. Wagner, author of Exiled, due to be released on June 5th and highly awaited by many. Come get a sneak peek before it's release.

First of all I’d like to welcome you and thank you for taking time out of your busy schedule to answer a few questions. I love your blog and although I had been anxiously awaiting the release of your novel…I received an advanced copy to review. So I will be able to share my comments with you as well as my readers. 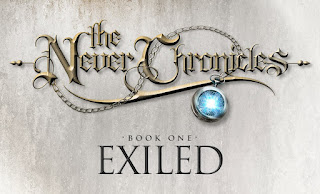 Could you share a little about yourself and what led you to become a writer?
First and foremost, I am the husband of a wonderful wife and the father of two amazing daughters.  I’ve been writing as long as I can remember.  I began writing short stories then transitioned to screenplays –usually sequels to movies I enjoyed at the time –Ghostbusters, Star Wars, Batman, Jaws.  I also enjoyed filming movies when I was younger. My friend Nick and I would create stop-motion films using Star Wars figures –it would take hours to get a few minutes of film but was always enjoyable.  As I grew older, I went through intermittent stages of writing –again trying my luck at screenplays for a while and then I wrote my first novel –I’m afraid to even look at it now.  On the plus side, writing that train-wreck of a novel was also a learning process that thought me the importance of discipline and consistency when writing.


Would you take us on a brief tour of your novel and the world you’ve created?
Exiled follows the main character, James through the trials and tribulations he encounters through his life.  It opens with James on trial for murdering his mentor, Akil who, for all intents and purposes has played the role of James’s father in the latter part of his life.  James is convicted and banished to ‘The Never’ –where the worst criminals are sent. James is different for many reasons.  James is a sorcerer –a very powerful sorcerer who some believe will be the one to stop the event foretold to be the end of his kind, the Epoch Terminus.  When James wakes in The Never, he is powerless and alone. In order to get home he must brave the hostile environment that is The Never and unwrap the mysteries surrounding escape from the place thought inescapable.


The unique chapter layout takes you through time and place to gain a better understanding of James’s beginnings. You’ll journey with James’s parents as they find out a world of sorcerery and magic is not only real, but within all of our grasps.  You’ll follow James through important events during his youth.  You’ll even get a glimpse into the life of James’s mentor,  the enigma otherwise known as Akil Karanis. Every other chapter follows James’s journey through The Never while in between are the chapters providing the crucial back-story.
Exiled is a thinking person’s book.  Everything I’ve done in Exiled –every character name, the chapter layout, the subtle hints here and there, the unanswered questions, all have been intentional and are part of a much larger story. If you liked the show Lost, I believe you will enjoy Exiled.     If things don’t make sense, there is a reason for it.  There are no coincidences in this book. If you need a book to tie up all the loose ends when you reach the conclusion, Exiled will probably drive you insane.
Where does the inspiration for you main character and his story come from?
James is a combination of many people –as are all fictitious characters, I believe.  Every person has a desire to be special –to be ‘the one’.  I tried to show the readers that the challenges of being looked upon as someone special can be repressive.  It isn’t easy being a leader.  Much must be sacrificed.  For James, a normal childhood, people close to him and eventually his freedom are a result of being the Anointed One.


What is the message behind the story? Was it something you specifically wrote a story around or did it develop as your characters came to life?
I think I have several messages twisted in the plot –some of which won’t come to life until later books (and I’m not ready to divulge at the moment)   Sacrifice is a major theme in Exiled.  James’s parents must sacrifice their normal lives to see that their child is raised properly.  James must sacrifice, as I said, his childhood in order to prepare himself to become the Anointed One. The others James meets in The Never all have sacrificed something as a result of their exile.


Do you work from an outline or just go with the flow? If you use an outline, how detailed is it?
Outlines and I are like oil and water.  The story tells itself, I’m just a conduit between the keyboard and the storytelling part of my brain.


How long have you been awaiting the release of your novel? How much time has elapsed between having typed the last word through the editing phase to print?
I began Exiled in September 2009.  I finished in October 2011.  Since then I’ve gone through more revisions than I can count on both hands.  The editorial process is still going on.  I sent my final revisions in last week and am waiting for the publisher to come back with the interior for my approval, then it will go to the printer.


Could you tell us what you’re working on now?
At the moment, I am totally engrossed on seeing Exiled released and making that as successful as possible.  Everyone has a dream in life, this is my dream.  Seeing it through is just as important as writing the last paragraph.  My family has sacrificed (speaking of sacrifice) much of their time with me in order to facilitate my dream-fulfillment quest and I owe it to them to give it my best shot.  The sprint to the finish, some call it.


But, in the back of my mind, I am revising book 2 with hopes that the success of Exiled justifies the release of the next book, which is already written.
How much did you know about life as an author before getting yourself into this crazy world? How much time do you spend writing and marketing?


I knew very little when I started down this path.  I’ve learned enough to fill a book or two but things in writing and publishing are changing so rapidly, what I’ve learned will probably be obsolete in a year or two. My writing to marketing ratio right now is probably 1:3 (every hour of writing I spend 3 hours marketing). Hopefully, after the release, it will reverse.
Do you have any advice for aspiring authors?
Write. A lot. Read your genre every day. www.figment.com is a great resource. Start a blog, build a following –even if you not considering trying to publish yet.  The sooner the better.


Thank you for taking time out of your busy schedule for us. I’m sure my readers have enjoyed your answers as much as I have.
Here is J.R.'s book: 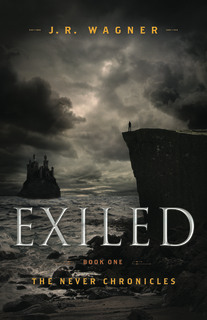 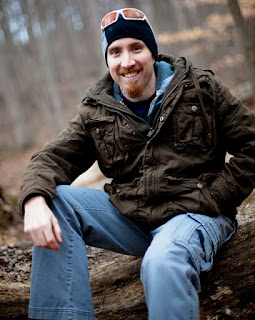 J. R. Wagner was born on January 20th, 1978 in during a blizzard. The snow made travel by car impossible so his father, Robert (Bob) called an ambulance when his mother, Dianne went into labor. The ambulance became stuck at the bottom of Wagner’s driveway prompting the dispatch of a fire truck, which towed the ambulance, Dianne, still with child, and Bob to the hospital where Joshua was born. (see the actual newspaper article here)Joshua’s mother was diagnosed with ovarian cancer in 1997. She died less than a year later. Joshua was 19.Joshua’s father was a small business owner in Downingtown, Pennsylvania.With nothing more than an idea, tenacity and the love of a great woman, he rose from poverty and grew his business into a multi-million dollar flooring company still in business today. Bob died in 2009 leaving his company and his legacy to his children.Wagner attended then before graduating from (now known as Downingtown West). He began writing at a young age. When he was ten, he wrote a sequel to Return of The Jedi and had lofty aspirations of working with George Lucas on filming the project. Other writing and film projects followed. In 1990 Wagner began filming his version of The Lord of The Rings in his parent’s basement but the plug was pulled after he nearly burned down the house with the torches he’d created. Since then he’s written a full-length science fiction screenplay, a thriller Novel and a second screenplay (which Wagner is still determined to film himself). None have been published. Taking a 180 degree turn in his career path, Wagner went to college and earned his bachelor of science in Kinesiology from Arizona State University.During that time, Wagner’s creative endeavors were supplanted by studying, sports and girls.
In 2001, Wagner returned to Downingtown, where his creative fires were re-stoked.He married and fathered two beautiful daughters, Iris and Sydney.Wagner divorced shortly after ’s birth.
Not long after meeting Lisa Stojowski, Wagner fell in love. During a trip to together, Wagner began writing Exiled. He completed the first draft in the fall of 2010. Lisa and Joshua married in June of 2011. Wagner endearingly considers his wife, his muse, his facilitator, his solid ground. Exiled is currently in the ‘editorial washer’ and is scheduled to release June 5, 2012.

Here is a link to J.R.'s website: http://www.theneverchronicles.com/Welcome.html
Posted by Amethyst Eyes at 12:00 AM